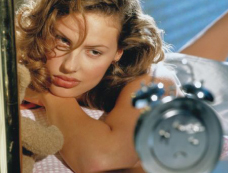 The Problem of Sleep Deprivation

It’s a fact that approximately a third of the world’s population is suffering from a dangerous level of sleep deprivation. As a result, they are more at risk for illnesses such as digestive disorders, fatigue, depression and other ailments that can actually prove fatal if left untreated.

It’s estimated that the average amount of sleep has decreased by 22% since the early 1900s, from nine hours a night to just seven. Our sleep mechanism is one of the most important aspects of our health and vitality and is the key to our ability to heal. The power of sleep can influence nearly every aspect of our lives and it’s the way in which we shape our sense of wellbeing.

The problems associated with insomnia can be extremely costly. Among workers in the United States, for example, the medical and reduction in productivity costs due to insomnia are estimated to be from $92.5 to $107.5 billion according to the National Sleep Foundation, which is based in Washington. Unfortunately, though, both doctors and patients alike have largely overlooked insomnia’s overall impact on health.

Insomnia triggered by acute (short-term) stress can become a chronic problem once sleeplessness has been associated with your bed and bedroom. Self-medication methods such as the use of alcohol, antihistamines or over-the-counter sleep aids can make matters worse.