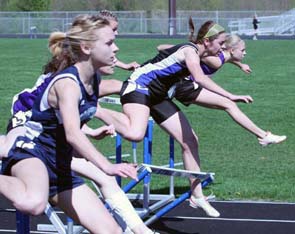 The words of Winston Churchill echoed across the globe during times of peace and in times of war. In our time, his words echo across the Internet. They speak to those who may have ever considered quitting, even when victory may have been a short distance away – just out of current sight.

Our next selections deal with the one common denominator regarding all those who have achieved success in any endeavor that they have set out upon.

And, in truth, “success” is defined by how it is measured. Each day, we are presented with the possibilities of accomplishing small victories in our lives. The question remains, do we live up to those challenges or do we allow them to defeat us? Make no mistake, walking away from a challenge is, in and of itself, a form of defeat. While looking adversity in the face and refusing to turn away is a form of victory no matter what the physical outcome.

We offer for you now, four distinctly different videos but each with a common denominator. In our first video, we will see that sometimes, we can stumble in life. But that doesn’t mean that we will fail. It just means that we have to choose whether to stay down – or get back up and continue on. Sometimes the results are quite surprising.

In our second video, we see a young lady who refused to give up, thereby demonstrating a form of courage very few of us get to see in one sustained effort. Here, there was no trophy and no applause from the crowds – just skinned knees, bruises and one thing that she will carry with her for the rest of her life. The knowledge that she refused to quit even when there seemed to be no reward for her efforts. But, in truth, there was.

The third video deals with overcoming a seemingly impossible task by overcoming one’s own mental limitations. When we do this, we not only prove to ourselves what can be accomplished, but we provide an example for others as well.

In the final video, you will witness something that no one has ever seen before. How, even in nature, refusing to give up can defeat overwhelming odds. How even in situations that seem hopeless, the ability to keep fighting can turn the “weak” into those who can be overcome by nothing.

These videos represent the essence of the role of hope in the face of adversity. When we refuse to give up – no matter what – we can achieve the impossible. Whether it can be seen on the outside or felt on the inside for a lifetime.